Over the years, Jacobo has taken advantage of his patients using his successful psychiatrist figure. One day he receives a new patient, Mateo, an unbalanced young man who is suffering from the recent death of his girlfriend. Mateo has a hard time opening up in therapy, so when Jacob investigates in his subconscious, he ends up discovering that he has gone to see him because he is really his son. Jacobo will try to connect with him helping him overcome his problems, he will search in the depths of his memories without knowing that this will expose the darkest of his being.
Can Jacobo discover what upset Mateo before it destroys their lives?

Carlos, a child without economic resources, fulfills his dream of going to see the representative team of his country in a soccer world cup.

Not without first overcoming the obstacles that will stand in his way to achieve it.

HUESTA FILMS is a newly created company founded in 2013 by Sam Reyes who serves as cinematographic director and Diego Milan Peniche as Producer. 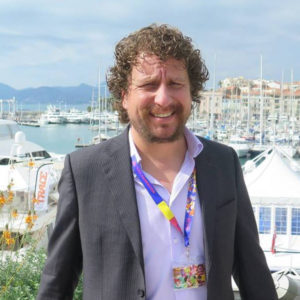 Diego is a Public Accountant graduated from the Universidad Panamericana, Guadalajara campus with a Masters degree in International Management from the University of South Carolina in the United States.

He worked as director of finance in transnational companies in various fields such as mining, metal stamping, medical packaging and plastic injection between the years 1996 and 2007. since 2004, he has been director general of Corporativo Diemy, construction, food biotechnology, high frequency plastics, distribution and export of tequila as well as development of pet food supplements. some of these projects already have subsidiaries in the united states and soon in Europe.

The concern to promote creative projects with solid base since its planning arose from the experience acquired with models of success of the companies already mentioned and this is how in 2013 constitutes HUESTA FILMS, SA de CV together with Sam Reyes to promote cinematographic creations of High impact and quality both nationally and abroad, with THE PATIENT being its first large-scale film project. 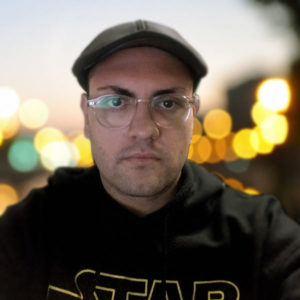 Sam has experience in the field of film for more than 10 years, including his feature film debut “EL ECO DEL MIEDO”, a horror and suspense film. In addition to the above, he has vast experience in advertising for more than four years with renowned agencies such as Mandaraka Estudios de René Castillo where he served as post-production director, also collaborated for the production of the animated sequences in the feature film “Bajo la Sal “Distributed by Warner Bros. Mexico, directed by Mario Muñoz.

As a post-production director, he participated in more than 150 campaign productions for companies such as Kellogg’s, Telcel, Bimbo, GNC, Astra Séneca, Telmex, among others.

In addition to the above, he participated in the supervision of special effects of films such as “The kingdom of the guardian” and “I am not Guerrilla” (Sergio Sánchez – Director).

He has worked in the direction of music videos for companies like Sony Music, where he wrote and directed the video “Te dejé” of the group Pop Playa Limbo, which was nominated for Crystal Screen for in the categories of “best script” and ” of art”. In 2014 he gains the Crystal Screen for color correction for the video “The Air” of Siddhartha. He is co-screenwriter of the feature films in Development The Patient and Tirar a ganar.

Send us a message: